For those of you who are looking for some really good holiday reading, here’s my suggestion: 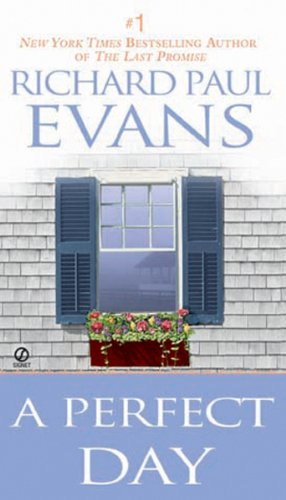 The story opens with Robert Harlan striving to move up in his position doing radio ad sales, and working slowly on the side to write a book. He wants to tell the story of love and family — his wife’s close relationship with her father, especially as the father’s health fails. One day he’s called into his supervisor’s office confident he’s got that promotion he’s been working for. Instead, he’s fired for lack of achievement. (And so his supervisor can give the position to a current flame.) He’s furious.

Feeling like a failure, Rob mopes around too long at home. His loving and supportive wife, Allyson, finally gives him the push he needs to get with it and finish that book. So he applies himself to the task and once it’s done he decides he needs an agent. He sends out twenty-five letters and gets repeated rejections.

He accepts his failure as a writer, among his other failures in life, and wonders where to from here, but then he gets a call from one of the last agents, Camille. She and her boss love his story and she agrees to represent him. She visits their home, interviews them really likes what she observes of their love for each other. Camille warns him that fame is hard on a family; he should hold on tight to the happy home he has. At this point he has no worries; fame hasn’t landed at his door yet.

If you’ve ever heard the story behind the song, “Silver Threads Among the Gold” you will guess where this is headed. Suddenly Robert gets a whacking big advance and becomes a success, a best-selling author doing book tours, signings, talk shows. And has no time for his wife and daughter. Tensions build up; Allyson resents his celebrity world that shuts out his family. Rob decides to move out. Later, under pressure from a big shot agent who’s offering so much more — a movie contract even — he fires Camille.

As Rob reaches for the pinnacle of success, and is waiting at a coffee shop to sign the new agent’s contract that will make him filthy rich, a younger man slips into the seat beside him. The younger man begins to talk; Rob is startled when this newcomer starts telling him things about himself that no one should know. This strange man, who calls himself Michael, tells Rob that he’s been tried and found wanting, that his days are numbered. He also tell him that the big shot agent isn’t going to show up. He’s been intercepted and sent elsewhere.

Initially Rob’s a skeptic, but as the days go on, there are signs…and strange e-mail messages…about his number being up. Rob’s alarmed. Where does this guy get his information? How has he infiltrated Rob’s e-mail? Could this really be a messenger from heaven?

I wondered where the author was going with this, but I’m glad I stuck with it. I thoroughly enjoyed the way the story played out. This is definitely one of the best books I’ve read this year.

2 thoughts on “BOOKS: A Perfect Day”

"The hardest thing in life to learn
is which bridge to cross and which to burn."