What waits for me? Who knows?
Beyond the rippling tide:
adventures – or a lazy day
of watching seabirds glide.

A siren call across the swell
pulls me from my chair.
Away to sea, my boat and me,
with hope of havens fair!

Methinks the month will fly…
I’ll pass through sun and rain.
I shall return when “dog days” burn
and dock my boat again.

No, I’m not really gliding off into the rolling sea, but I am taking a holiday from blogging in the month of July. I’ll continue my Ragtag Daily Prompt duties Sunday evenings and I intend to keep posting interesting words & meanings on my Word Buds site but otherwise, you won’t see me here very much before August 2.

I’m reading an interesting book right now, DIGITAL DETOX. the author describes technological addiction and the effects it has on a person’s ability to function. Here’s one danger: becoming an avid procrastinator.

Technology puts a myriad of distractions at our fingertips. It’s no wonder many tech addicts have a tendency to procrastinate. Our gadgets provide us with countless opportunities to be blissfully unproductive.

And here’s the book on Amazon.com, in case you want to check it out for yourself: 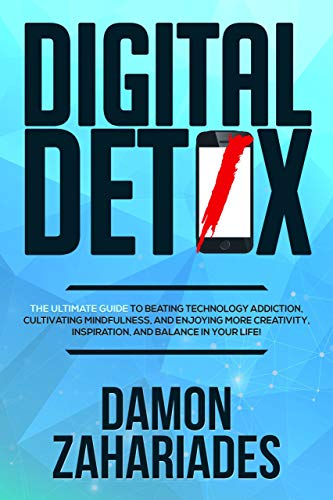 The Ragtag Daily Prompt this morning is EXPLAIN

I came across this quote and thought it’s a great description of a library — one of my favorite places. If you need anything explained, need to pick up a new life skill, pursue an artistic bent, or simply need to sail away for a few hours, check out your local library. 🙂

Good afternoon, dear readers. I’ve been looking at the word prompts for today, plus I read an interesting article at Pocket, now I’ll try to gather all the thoughtlets that are bouncing around.

First, I must thank Fandango for his FOWC prompt today, which is ARCANE. I thought I understood this word, but decided I’d check in the dictionary and be certain. And I was SO WRONG! Somehow I’ve gotten this word confused with INANE.

Sue’s JibberJabber prompt for today is CHANGE and I’ve had to completely change my thinking after this little visit to the dictionary. I’ll know better now if I happen to read in a story: “After making an arcane remark in answer to his question, his assistant left the room.”
How I’ve misjudged the poor person! I always thought they’d said something stupid or sarcastic.

The Your Daily Word prompt for today is PLETHORA, so I’ll tack this all together for a bit of linguistic history.

Owing to its tendency to gather words from all nations, the English language has a plethora of words that mean, or sound, almost the same — synonyms, we call them. Check out any thesaurus and  you’ll see dozens of synonyms for some words, especially slang expressions. I counted 48 shorter variations of “drunk” and a few longer ones like “in his cups.”

Quite a few dictionary words are archaic, or regional and thus arcane — do you know what a SCOP is? — while most are widely known to English speakers across the globe. Some words have shifted, like HAGGARD, which meant wild or untamed, but has shifted over time and is now understood as “having a gaunt, worn appearance.”

Over the centuries the Bible has had a profound effect on English, giving us the Ten Commandments and the  Golden Rule, along with many other expressions and lines. And poets have enriched the language with expressions that became part of everyday vocabulary.

Like Bobby Burns, with “the best laid plans of mice and man go oft astray…” Even though he wrote his “Ode To A Mouse” in 1785, I still see these words in articles today. Charles Dickens gave us Scrooge, who will forever represent the quintessential miser.

Sitcoms and stand-up comedians have added a lot of witty and/or inane wisecracks, like “He’s quite fond of John Barleycorn,” and “The elevator doesn’t go all the way to the top floor,” and punch lines like “Been there; done that.”

Now for a thought on FERVOR, which I gleaned a few hours ago from an article at POCKET. Here’s a list of six “weak verbs” we should use sparingly in our speech. Using these expressions make us sound INDECISIVE.* Something to consider.
I think
I need
I want
I hope
I guess
I suppose

And now I guess…oops!…I…er…definitely WILL go and do something else. 😉

The Ragtag Daily Prompt this morning is CERULEAN BAY

We don’t lack shades of blue, though. Saskatchewan bills itself as “the land of living skies” because we have a whole palette of blues and grays with white added in streaks, layers and mounds.

At times I’ve read books that involve an ocean voyage, where the writer talks of a water spout. Narrow tubes of water going up from the sea into the heavens — I’d love to see one of those!

We have a similar phenomenon on the prairie: we call them dust devils. Mini tornadoes, sometimes only a metre wide, sometimes two. They skip over the ground in an erratic path, picking up and swirling dust and leaves. You may be looking at a field of grain and see heads start to swirl in a random path that zips through the grain — and you know a dust devil has touched down.

I like colour descriptions as a rule. However, when novel writers describe the hero or heroine as having cerulean blue eyes, to me this sounds poetic. We just don’t think or talk that way. After all, when was the last time your friend told you so-and-so’s eyes are “cerulean blue”? We may say bright blue, dark blue, gray-blue, maybe even denim blue. But when writers get into really creative shades of eye colour like mocha espresso, cottonseed brown, or tea leaf green, this is unnecessary exaggeration, in my opinion.

I googled CERULEAN and find it’s a cross between aqua and turquoise. There’s some variety. I borrowed these paint chips from the SICO website; neither are named Cerulean, but are about the right colour.

First I should say that all bloggers are welcome to join in and write a post in response to the prompts. So if these prompt words give you an idea for a post, just click on the names (links) above for more details.

A person could give various responses to the image of “fire in the sky.” A blazing sunrise or sunset would qualify. Here on the prairie we see some amazing sundogs, partial rings or halos on one side or both sides of the sun.

Of course one of the main displays of fire in the sky is lightning, which reminds me of a couple of stories I once heard.

My husband’s mother spent her first eight years in Manitoba and apparently the electrical storms there were furious and unpredictable back in those days. She says every time there was a thunderstorm her parents would gather the children all around in one room. After moving to Saskatchewan, they did this during the first few storms but soon decided our storms here didn’t pose a threat, so her parents quit this practice.

Visiting friends in Manitoba once, there was a wild thunderstorm, but no serious damage. In the morning they recalled another storm they’d had where ball lightning fell from the clouds and they watched balls of fire roll along the road by their place. So we understand why Grandpa & Grandma Letkeman took the precautions they did while they lived in Manitoba.

Weather patterns have changed a lot over the years, maybe due to settlement and many trees planted here on the prairie. Records show and old timers talk of wild storms, blizzards and heat waves like we never see these day — thankfully!

Lightning can have really unpredictable consequences. We read an account where a farmer had just built a new barn, the door of which had the standard Z of brace-boards across the back to fortify the vertical door boards. Nails holding this all together were evenly spaced all along this Z.

Soon after, an electrical storm passed over their farm. The next morning the farmer went out to do his chores and when he slid open the barn doors, the wood all fell in a heap at his feet. A lightning bolt had hit the barn and just jumped from nail to nail along the door, sizzling every one. One tug on the door and the whole thing gave way.