Good afternoon everyone — at least that’s where we are at in our day. Thanks to streaming we were able to listen to a church service in Quebec, part of one in Manitoba, and our own here in Sask. Now we have a brilliant blue sky and warm sunshine, the birds are dragging sticks and straws to various nests, and I’d best send out my response to today’s prompt.

Do I dare ask if you’ve tried the new editor? Yesterday I was reading several other bloggers’ thoughts and experiences with this complicated new Block Editor. Not many sweet notes in their song; so far the chorus sounds more like “Aargh…Why! Why!” My own gripe is that I have to go through my post and Justify every single paragraph — one by one — and then I can’t see that it has been done until it’s published. Aargh.

The Ragtag Daily Prompt, contributed by yours truly, is JOURNALIST. Do hop over and check out the links to see what others are posting about this subject. There’s a wide range of interpretations here.

In his book, A Way With Words, ©1979, Canadian newsman Bill Cameron takes a light-hearted look at some of the journalistic bloopers he’s seen in his day and suggests ways writers can clarify their writing. No more, “I saw the fox run through the field looking through my binoculars.” 🙂

One thing he mentions is that a reporter should follow an order and always state at the beginning of the story what it’s about. Here’s the opening line of a story once printed in the Regina paper. How did this one sneak past the editor?
“An intricate breeding style, developed through a boyhood hobby, is fast turning into a full-time vocation for a Kantsay district farmer and his wife.”
The reporter does explain a few lines down that said farmer and wife were having great success at breeding and raising some type of livestock, but Mr Cameron thinks that lead-in produced many a chuckle.

Here’s another, from a Saskatoon paper’s editorial of bygone days:
Speaking of expensive frills in modern houses, the writer explains how “dining rooms were once considered necessary because the old-type kitchen was not suitable for eating.“

Don’t panic, dear readers. I haven’t heard of any Canadians who actually tried to eat their kitchen.

Mr Cameron stresses that every writer “should look over everything they write with the most critical eye they can muster. Read it over. Read it out loud. Better, have a friend read it over to you.”

After all, to air is human — and your Spell checker will miss a few, too.

He admits that sometimes they get a great lead to an article and can’t use it because it would be in such poor taste. For example, When J Edgar Hoover died, a fellow editor in the newsroom suggested as a lead to the obituary, ‘The death of J Edgar Hoover has left at vacuum at the FBI’. It gave them a quick chuckle, but they knew it wouldn’t be well accepted.

Do you think journalists and editors in our day ever reject a story because it’s in poor taste?

EXTRA! EXTRA! Read all about it!

On October 30 Dan Walsh, is releasing 2nd editions of his first two books, The Unfinished Gift and The Homecoming. Dan is one of my favorite authors; I’ve reviewed a few of his books on this site, like The Deepest Waters

These new editions are available for pre-order now at a special introductory price. You can read all about it here. 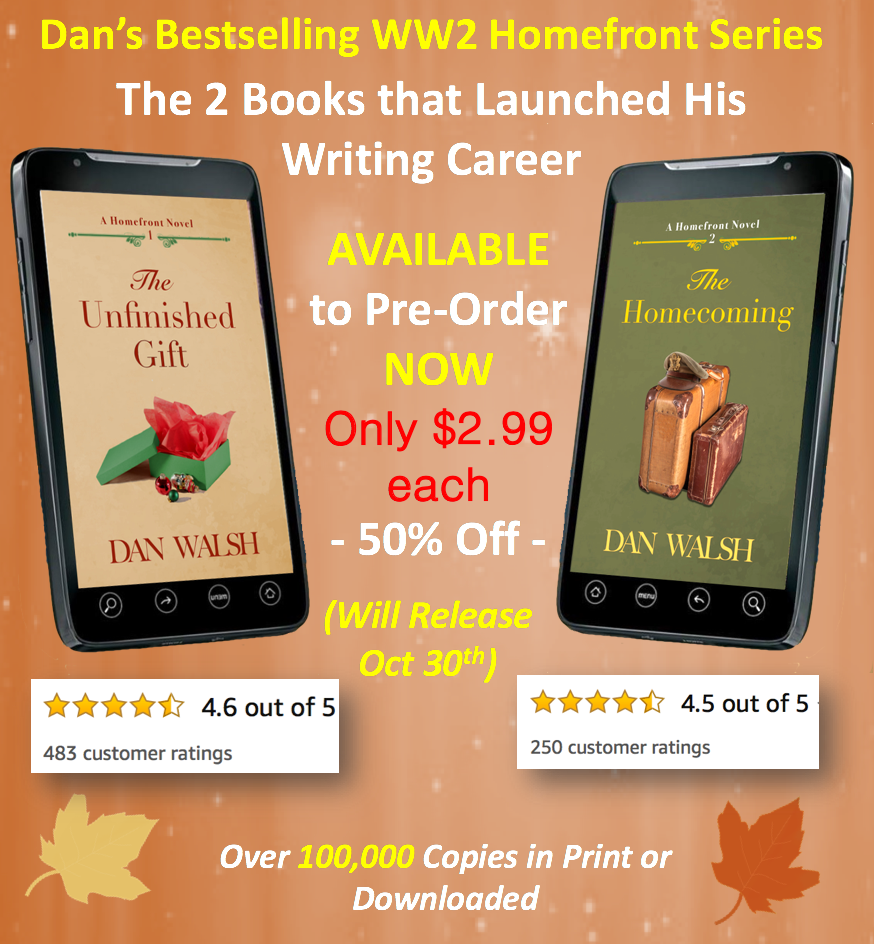