I’ve published this verse before, but it’s one of my favorites when thinking of the New Year. this time I downloaded an image from Pixabay and did a little artwork. 🙂

I’ve shut the door on Yesterday,
Its sorrows and mistakes;
I’ve locked within its gloomy walls
Past failures and heartaches.
And now I throw the key away
To seek another room,
And furnish it with hope and smiles,
And every springtime bloom.

No thought shall enter this abode
That has a hint of pain,
And every malice and distrust
Shall never therein reign.
I’ll shut the door on Yesterday,
And throw the key away—-
Tomorrow holds no doubt for me,
Since I have found Today.

No grumbling, no sulking, no feuding, no fighting,
But looking and planning for things to delight in!
No hating the state of the world every minute,
But seeking and finding the beauty that’s in it.
No worrying, letting your troubles confound you,
But laughing and liking the people around you!

Merriam-Webster says: tempt implies the presenting of an attraction so strong that it overcomes the restraints of conscience or better judgment.

This word automatically brings to mind the Bible verse:
“Resist the devil and he will flee from you.” — James 4:7

You don’t have to be a Bible scholar to understand that thought. Should some temptation sidle up beside you, if you turn your face resolutely and head in the opposite direction, you will much more easily overcome the thing than if you look its way — even if you’re arguing with it.

In another sense, temptation is like that proverbial rat the dog played with, then buried, but he left the tail hanging out “just in case.”

Oxford English Dictionary’s definition of temptation:
the desire to do something, especially something wrong or unwise.

We do occasionally use the word TEMPTATION in the less menacing sense. We feel a desire to do something, though there’s some question involved. As we face the New Year, the clean page, the sense of starting-over, a lot of us are tempted to make New Year’s Resolutions. I have.

Is this wise? Do you make New Year’s resolutions? Do you keep them? Would you advise a friend to make one, or to abandon the idea?

To be on the safe side, my resolutions are a January-only thing. I’m hoping once started I’ll develop enough momentum to carry them on from there. But for the month of January I’m resolved to:
—spend more time in the quest for physical fitness. (Read: diet and exercise!)
My arthritis is getting me down and I’m resolved to start fighting back
—deal with sewing projects that have lingered in the spare room closet too long
—post a haiku a day on my other blog, Tree Top Haiku

O-E-D defines RESOLVED as firmly determined to do something.

As I understand it, the success of a New Year’s resolution depends very little on the project contemplated, and almost entirely on the resolve of the individual. I know from past experience that the temptation to do something else will certainly come along and crook an inviting finger, just to test the strength of my resolve.

Which reminds me of a quote I just read yesterday:  🙂

Anyone can do any amount of work, provided it isn’t the work he is supposed to be doing at that moment.

I hope you’re all having a happy day of rest and reflection.

My New Year started with a phone call early this morning. I stayed up to welcome the New Year in — and read an interesting book. (Book review to come.) Then I crawled into bed and was dozing off when the phone rang at 1:10 am. My cousin in Alberta, forgetting the one-hour time difference, was calling to wish us a happy new year.

I listened to her message, then went back to bed, but was restless with my left leg paining quite much. So, up to take more Tylenol, and finally to sleep again.

This morning I arose from my bed and could walk. Joy, joy! What a blessing to be able to get up and walk around without that hobble!

In retrospect I don’t think my problem was gout, seeing there was no heat, redness, or swelling in the knee joint. Rather, I must have over-stretched something in my back when I made my bed and slipped a disk out of place. This morning the nerve down the back of my leg is still sore from being pinched, but the disk must have slid back in where it should be and the nerve isn’t being pinched anymore.

End of painful hobble. I am so delighted!

Now I can get back to my New Year’s resolution to sort out my house. I’ll start out easy by going through the top drawer on my side of our dresser. Over the years this has become my catch-all for everything that has no other place and serves no useful purpose. Skin cream samples and half-tubes, old bookmarks, a scattering of hairpins I never use, old eyeglasses I intend to donate to charity. (Wait a minute! The lenses in my old glasses are all scratched up and the frames obsolete. What charity will want them?)

I’ll try walking a mile in my daughter’s shoes. I’ll go through this drawer, asking, “Which things will she throw out when I’m gone? Which will she think are worth keeping?”

Do you have a “catch all clutter” drawer like that? What rationale do you use for sorting through stuff you’re keeping “just in case I need it someday”?

It’s time to get on with my day, so I’ll close with a New Year’s blessing to all fellow writers: 🙂
May words flow from your veins
in an unblockable stream;
may your mouse never freeze
in the middle of its tale;
may your power never blink
before you’ve hit “Save”;
and may your anti-virus preserve you
from all invasive microbes. 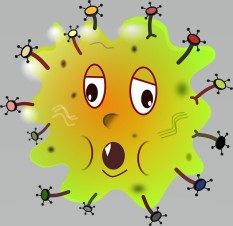 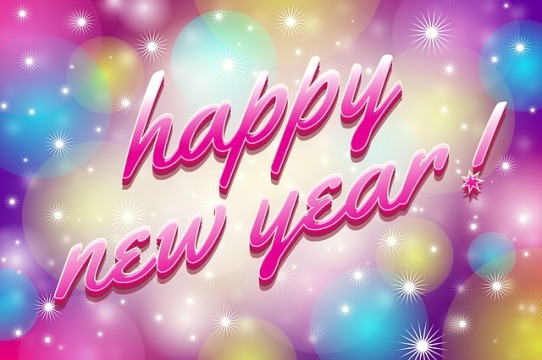 “Life is odd, with its twists and turns,
as every one of us sometimes learns…”

Yesterday after supper I was doing some last minute cleaning — and resolving to give the house a thorough going over in the next few weeks. Then I made the bed and, whether something twisted and turned in my knee or whether my gout just decided to boycott my cleaning agenda, my knee started to feel stiff and sore. Within an hour I couldn’t walk. By bedtime I was dealing with pain from hip to mid-calf.

So I’m meeting the New Year with a hobble and one resolution already put on hold. I’m fairly sure this is gout; hopefully this spell won’t last as long as the one I experienced in November, in my right foot. I certainly see now what those old-time authors meant when they wrote about gout-afflicted, limping old geezers.

Thankfully it hasn’t bothered me to sit and do a jigsaw puzzle this afternoon, or to recline and read. Tomorrow will just be another holiday for me — or maybe I’ll work on an easy sewing project. I’m so thankful for pain meds.

So here’s to a brighter tomorrow! Happy New Year, every one. Thanks for reading and following my blog. I appreciate you all.