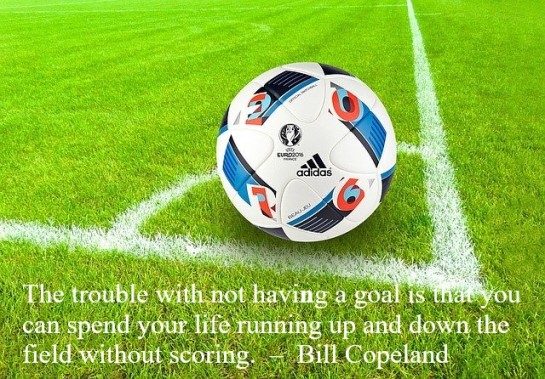 This is my response for the Daily Addictions prompt today: PLAY
The image is by stux over at Pixabay.com

Another writer this morning mentioned that this is Groundhog Day. Here’s my condensed contribution to the fun:

I haven’t mentioned anything about our provincial tragedy yet, but thought I’d post something today and offer my sympathies to the families and community of Humboldt, SK.

Funerals have been ongoing this week — one is starting as I post this — for the ten Humboldt Broncos hockey team players, their coach, assistant coach, statistician, team therapist, a broadcaster and the bus driver who died as a result of a major road accident. If I have it right, ten other team members are still in hospital, two in critical condition.

Last week Friday the team was on its way to a game in Nipawin, SK. The bus was passing through an intersection when a loaded semi approaching from the side ran the stop sign and crashed into the front of their bus. The photos of the accident scene showed the bus on its side with its whole front end totally destroyed.

This morning we watched to a replay of the vigil held Sunday afternoon in Humboldt, where the Teams chaplain delivered an evangelical message. He spoke about the need to connect with God and walk with Him through this dark valley of death. The Pastor wasn’t glib or full of soothing words. He asked, “Where Wwas God? and where is God now?”

The Pastor had been driving his own kids to watch the hockey game and he arrived at the accident scene a few moments after the crash. He went along to the hospital, seeing first hand the suffering of the dying, the survivors. One sad part that came out in the news was that the injured were so battered, the father of one team member, an ER doctor, couldn’t identify his own son.

When news of the accident hit the media, President Donald Trump sent a message of condolence to Prime Minister Trudeau and the families involved. Anti-Trump media may perhaps find some fault, but we Canadians appreciate the kind gesture. That a US President, with all he has on his plate, would take note of an accident here in western Canada and send a note of sympathy, shows a compassionate side to the man.

The recording camera caught a few shots of Justin Trudeau, sitting in the crowd gathered in the Humboldt arena for the service. A number of prominent Canadians attended this service to pay their respects and show support. Team members who’ve died were between 16 and 21, the youth of the community. This is a major blow, with so many homes suffering a direct loss and ten more where health issues will be ongoing. We feel with them in their loss.

Today I did some cleaning up in the spare bedroom, which doubles as my sewing room — and tonight I’m feeling it in my back and one hip. However, I can now see daylight at the end of the tunnel. That is, the spare bed that’s been a “catch-all” for quite awhile has now been unloaded and the closet floor dis-covered and ready to vacuum.

The weatherman is predicting a storm for this weekend, my husband tells me, so this evening I’ll sit awhile and schedule tomorrow’s blog posts, in case the internet goes down overnight. We have satellite internet service and when there’s heavy cloud cover, service is iffy.

Here’s an item I posted a five years back, after a day of babysitting my grandchildren, ages six and two. It’s even more true today than it was then. 🙂

When I was a child I played as a child, too, tumbling, twisting, and hopping around as children will. I remember being almost four and jumping down from the hayloft of Grandpa’s old red barn, led by my adventurous brother Jim, eleven months older than I. We’d run into the barn, climb the ladder in the chicken coop fast as our little legs could take us into the hayloft, and jump about twelve feet down to the ground. Then do it all again.

Now my grandchildren can’t understand why Grandma doesn’t want to jump on the trampoline with them.

One day, hurrying home from work, I tore the muscle in my leg just stepping off a curb; I couldn’t put weight on that leg for a month after. It’s no fun having to hobble around on crutches for a month!

Yes, it would be okay for Grandma to jump on the trampoline, but the rebound might go on for days as my arthritic joints protest being treated to preschool activities. As it is, my lower back feels a few twinges after from lifting and carrying a chunky little almost-two-year old.

When I was a child I ran after other children all over the playground. Now that I’m old I can see why Grandpas & Grandmas are happiest tending their gardens. Plants may be a lot of work, but at least you don’t have to catch them first.

I love my grandchildren and count it a blessing that I can spend time with them, but they do remind me that I’m not so agile anymore. 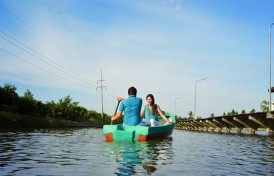 she’s caught his eye
he strolls over, casting his line
she reels him in

The Friday Fictioneers prompt has come again, so here’s my offering. Many thanks for Rochelle Wisoff-Fields for faithfully carrying on as leader, mentor, moderator of our group. If you’d like to participate in this weekly storytelling marathon, check out her blog for more details. This week our thanks also goes to Sarah Potter for the prompt photo.

My story was inspired by some testimonies I’ve read from children who made it to the big times in their particular fields and wanted to return the love and support they’d received from their parents.

Dad came whenever he could. On his feet all day, came home exhausted, yet after supper he’d get me to the game and cheer from the stands. We barely managed on his salary — but my equipment was a priority.

One day I promised, “When I make the League, Dad, you’re outta that factory.”

He smiled. “I’m looking forward to that day.”

I gave the game all I had. For him. For his faith in me. When I signed my first contract I said, “Toss them work shoes, Dad. It’s payback time.”

He and mom are holidaying in Phoenix right now.